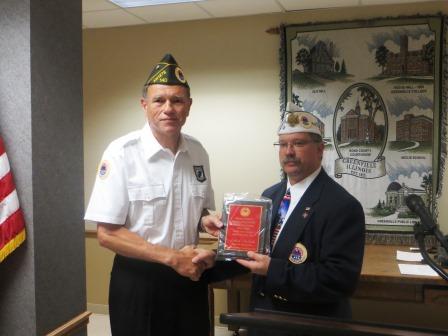 During the Bond County AMVETS 25th anniversary program, John Knight, member of Post 140, was presented two awards, one on the local level and one as Illinois AMVET of the year.

State AMVETS Commander Rich Shea, Jr. presented Knight the state award, noting that he was selected out of 9,500 qualified applicants.

Post 140 Commander Tony Koonce presented Knight the local award, expressing gratitude for Knight’s commitment to the success of the post. 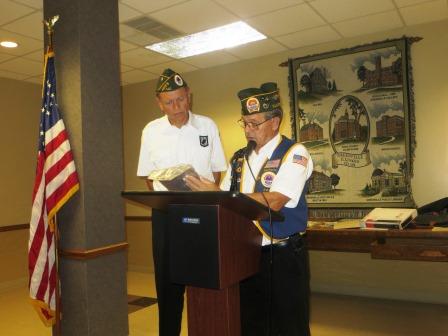 Knight is the Bond County Circuit Judge. He humbly accepted both honors. He said he only accepts it as an indication that he did something along with all other members.

During the anniversary program, the four commanders who have served the post over the 25 years were recognized. They are Koontz, Lou Cotton, Jerry Holt and Brad Huffman. 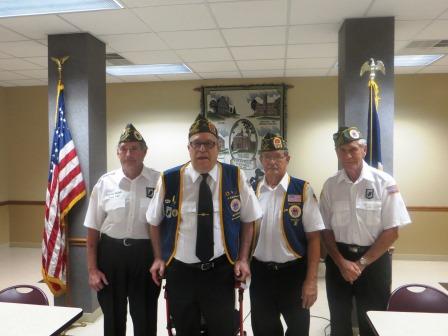