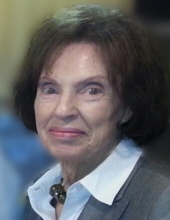 In addition to her parents and her husbands, Mrs. Westman was preceded in death by a son-in-law – Larry Griffin.

Peggy spent her entire life taking care of her family and she loved the time spent with her grandchildren and great grandchildren. She was a talented musician and was the pianist for the First Baptist Church in Carlyle for many years.

Expressions of sympathy in memory of Mrs. Westman are suggested to the American Heart Association and will be received at Zieren Funeral Home.