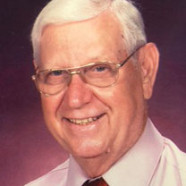 He was born September 12, 1927 in Breese to Henry and Theresia (Koerkenmeier) Jansen: they preceded him in death.

Ralph retired from Monterey Coal Company and past Co-Owner of Jansen Truck Service. Ralph enjoyed wood working and volunteering to help many.

Memorials can be made to Celtic Hospice, Mater Dei High School or All Saints Academy and will be received at the funeral Home

Breese American Legion will hold services on Monday at 7:00 p.m. at the funeral home.

Expressions of sympathy can be sent to the family by visiting www.mossfuneralhome.com.