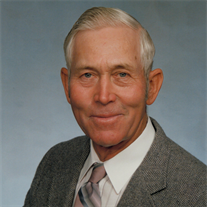 Raymond was born and reared at Dorsey Illinois, on the family farm. He lived 12 years at Moro, IL; then in 1963 he moved to a farm north of Marine, IL and operated a Dairy Farm until 1987. He continued grain farming until the age of 90. He was active with church activities and farming was his vocation and avocation. He was a good example to his four sons and loved his grandchildren.

Interment will be at Rose Lawn Memory Gardens in Bethalto, IL.

Memorial contributions may be made to Hope Lutheran Church; American Cancer Society; or Donor’s Choice.