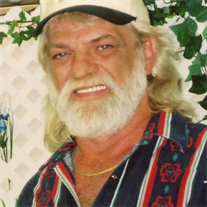 Ricky Wyant, age 59 of Mulberry Grove, Illinois, passed away at 7:25 p.m. Sunday July 17, 2016 following a motorcycle accident one mile north of Highway 185 on Burg Road on the way to Filmore. In keeping with Ricky’s wishes, no formal visitation or service will be held. For those who desire memorials in Ricky’s memory may be made to his family at Donnell-Wiegand Funeral Home in Greenville.

Ricky Lynn Wyant, the son of Delbert Lane Wyant and Beverly Irene Ricke Wyant, was born on November 2, 1956 at Fayette County Hospital in Vandalia. Ricky was raised on farms near Shobonier and then on the farm near Filmore. Ricky attended the country schools including Browning and Peak School. He then attended the Vandalia Schools and graduated from Vandalia High School in 1974. Early in life he worked for Van Tram, Greenville Spring Company, and Old Capitol Monument in Vandalia. He then farmed for a time, owned and operated Wyant Water Service, and The County Line Liquor Store, and was an over the road truck driver for several years and last worked for Dale Williams Trucking in Filmore.

Ricky and Marie Esther Schneider were united in marriage on June 28, 1975 at the Our Redeemer Lutheran Church in Greenville. They have enjoyed over 41 years together. Marie survives as do their two sons: Shane Richard Wyant and Dustin Lane (Shalet) Wyant of Filmore, two nephews that Ricky and Marie raised: Conway McElroy and Toby McElroy, and two nieces Jale Smith and Amber Ramsey.

To send flowers or a memorial gift to the family of Ricky L. Wyant please visit our Sympathy Store.