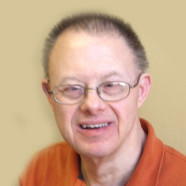 Steve was a graduate of Carlyle High School and was currently employed at Community Link in Breese where he was very involved with the Buddy Walk and was the leader of “Team Torino”. He brought a smile to all who knew him and will be sadly missed, especially at the CILA Home in Breese where he lived with all “his girls”. He enjoyed bowling and billiards, and was a huge St. Louis Cardinals and Rocky Balboa fan.

He was a member of St. Dominic Catholic Church in Breese, Breese Knights of Columbus Council 2869 where he was the inside guard for many years and was also known as “Mr. Tootsie” for his participation with the Tootsie Roll drive, and was an honorary member of the St. Joseph’s Hospital Auxiliary.

A Memorial Mass will be Monday, July 18, 2016 at 10:00 a.m. at St. Dominic Catholic Church in Breese with Fr. Patrick Peter and Deacon Linus Klostermann presiding. A private interment will take place in St. Dominic/ St. Augustine Cemetery in Breese at a later date.

The Breese K of C will hold services at 6:00 p.m. Sunday evening at the funeral home.

Memorials may be made to Community Link and will be received at the funeral home.