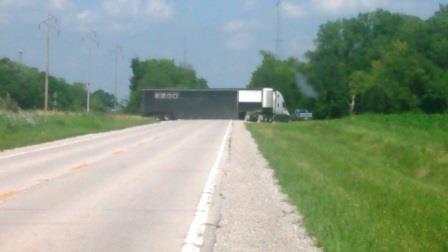 Monday, July 11, at about 3:00 p.m., a semi truck driver attempted to turn his truck around on Rt. 40 east of Greenville near the overpass.

Bond County Deputies responded and according to information from the Sheriff’s Department, both lanes of Rt. 40 were blocked for more than an hour.

There were no accidents, but there was damage to the road. IDOT was called to make repairs.