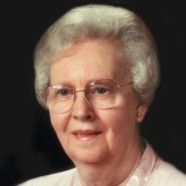 In addition to her parents, she was also preceded in death by her husband Clarence “Shorty” Giger, whom she married June 29, 1946 at the Evangelical United Church of Christ in Highland, and he died December 9, 2008; a grandson, Evan Allen; infant siblings, Laurene Schwend and Vern Schwend and two adult brothers and sisters-in-law, Calvin Schwend and wife Loretta and Eugene Schwend and wife Marian.

Vivian worked at the Highland Shoe Factor and later worked with her brother at Schwend’s Dry Cleaning in Highland. She enjoyed crafts, sewing, crocheting, quilting, and planting flowers.

Mrs. Giger was a member of the Evangelical United Church of Christ and Women’s Guild (past-president 1980-1982) in Highland, Red Hat Club, Highland Women’s Club, and was a Life-Member of the Highland VFW Post 5694.

Funeral Services will be Thursday, July 7, 2016 at 11:00 a.m. at the Evangelical United Church of Christ, 2520 Poplar St., Highland, IL with Pastor Chris Hill presiding. Interment will follow in Highland Cemetery.

Memorials may be made to the Evangelical United Church of Christ or Hospice of Southern Illinois and will be received at the church or through Moss Funeral Home, 535 N. 5th St., Breese, IL 62230 who is serving the Giger family.