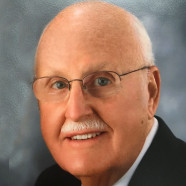 Mr. Winter served in the United States Marine Corps. during the Korean War and retired from Norfolk and Southern Railroad after 38 years and as a cashier at Fairmont Racetrack after 40 years.

Bill was a member of St. Boniface Catholic Church in Germantown and the Germantown American Legion Post 325 where he was adjutant for 10 years and played TAPS for 10 years. He was an avid reader, loved to walk, enjoyed going to horse races, and attending his grandchildren’s sporting events.

The Germantown American Legion will hold services at 7:00 p.m. Wednesday evening at the funeral home.

Memorials may be made to the Germantown Library and will be received at the funeral home.