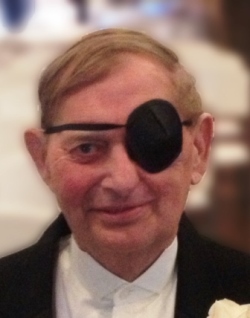 Mr. Roberts was born August 25, 1943 in Centralia, a son of Melvin “Ike” and Catherine (Harris) Roberts. He married Barbara (Sizemore) Ennen on October 3, 1987 and she survives in Keyesport.

Randy is also survived by his children – Ranae Hellman and husband Shane of Carlyle, Melissa Schurdell and fiancé Kenny Goodman of Carlyle, Billy Roberts and wife Cheryl of Bartelso; his step-daughter – Susan Korte and husband Dan of Keyesport; grandchildren – Alex and Erika Korte, Raeanne and Kalissa Schurdell, Kellan and Ava Roberts, and Elizabeth Dosenbrock; a sister – Candy Eveland and husband Richard; a brother – Robin Roberts and wife D’Ann; and nieces and nephews.

In addition to his parents, Mr. Roberts was preceded in death by a son-in-law – Chuck Shurdell and a step-son – Brian Ennen.

Randy served in the Air Force Reserves and retired as a carpenter. He was a member of Columbus Baptist Church. He loved motorcycles, target shooting, and enjoyed listening to Elvis. He also liked spending times outdoors and swinging in his chair. Randy had an incredible sense of humor and loved to laugh.

A funeral service will be held at 10:00 a.m. on Friday, July 29, 2016, at Zieren Funeral Home in Carlyle, with Rev. Bruce Sasse, officiating. Interment will follow at McKendree Chapel Cemetery near Keyesport. Visitation will be held at Zieren Funeral Home on Thursday, July 28 from 4:00 to 8:00 p.m. and on Friday from 8:00 a.m. to the time of service.

Expressions of sympathy in memory of Mr. Roberts may be made to the Alzheimer’s Association and will be received at Zieren Funeral Home.