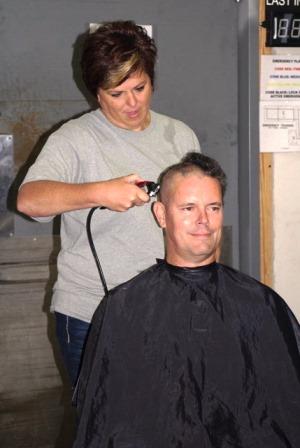 Employees and vendors at Bass-Mollett Publishers were recently invited to voluntarily participate in a fundraiser to support fellow employee Kathy Atchison and her family as she battles breast cancer. “Bass-Mollett is a great place to work and the people are the biggest reason. Support for Kathy has been overwhelming, and it’s so special to witness” said Dan Sheehan, Bass-Mollett President.

Employees at Bass-Mollett have created an incentive-driven fundraiser with participants shaving their heads for each goal reached.

Bass-Mollett President Dan Sheehan, Vice President of Operations Tadd Flowers and Vice President of Information Technology Duane Mollett have shaved their heads. Warehouse Team Leader Joey Campbell also participated by shaving his head on a separate occasion. Purchasing Manager Bob Reckman and Press Operator Dave Bare agreed to shave their beards, while Bare has also agreed to get a “crew cut” hairstyle. Press Operator Nick Blackburn agreed to allow employees to wax his leg hair for a fee, with each strip of wax benefiting the cause. 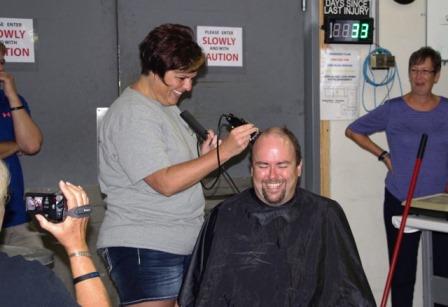 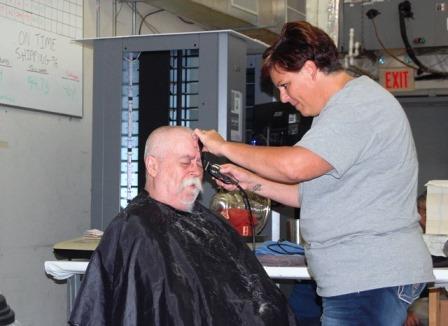 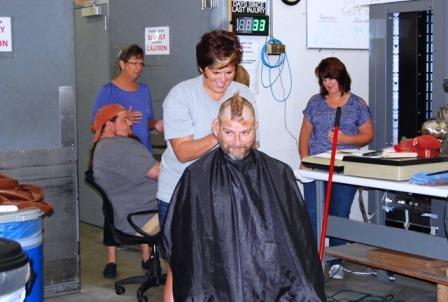 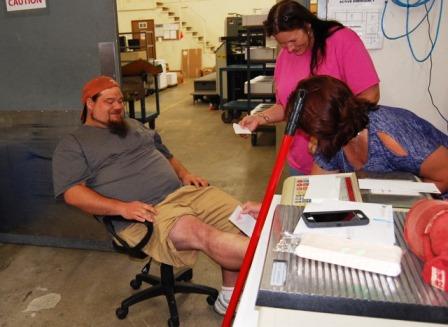 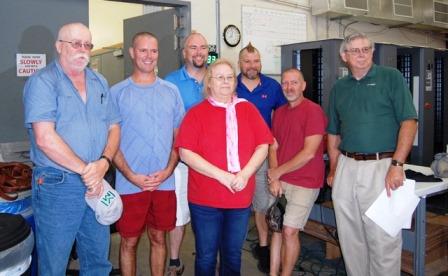 Tadd Flowers says, “I have known Kathy and her family for the majority of my life. She is one of the most wonderful and caring people I know, and would do anything for anyone. What we are doing seems like such a little thing, but if it can bring Kathy and her family any joy during this difficult time it is more than worth it! Plus it brings Nick a little pain!”

With a substantial amount of money raised in over two weeks, Kathy is overwhelmed with joy from the results. Despite her situation, Kathy said the support from Bass-Mollett has been the “most wonderful thing that has happened [to her], I love everyone here dearly for their support and I hope they [Bass-Mollett] do the same for others.”

Kathy has been employed with Bass-Mollett for over 9.5 years. She and her family reside in Mulberry Grove.