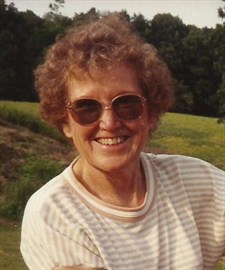 Betty (Kern) Newberry Mercer, age 92, of Columbia, IL formerly of Vandalia, passed away Saturday, August 27 at Columbia Rehab and Nursing Center in Columbia. Funeral services for 92 year old Berry Newberry Mercer will be Wednesday, August 31 at 12:00 noon at Hohlt & File Funeral Home in Vandalia. Burial will be in Taylor Cemetery in rural Vandalia. Friends may call Wednesday from 10:00 am until service time at the funeral home. Memorials are suggested to a charity of the donor’s choice.

Betty was born August 18, 1924 in Seminary Twp. Fayette Co. IL the daughter of Lawrence and Maude (Benefiel) Kern. She married Paul W. Newberry on July 15, 1946, he preceded in death on December 21, 1971; she later married Chester Mercer on November 17, 1973, he preceded in death on August 8, 2006. Betty was a member of the Pittsburg Free Methodist Church in rural Vandalia.