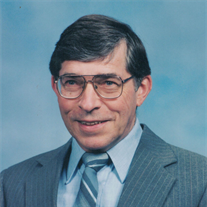 He was born on Tuesday, November 2, 1937, in East Saint Louis, IL, the son of Oliver and Florence (nee Schuette) Bollman.

He was a member of Saint Paul Catholic Church. He was also a Life member of Knights of Columbus #1580, Highland, IL.

Donald was born in East St. Louis, IL. He graduated from Collinsville High School in 1955. He worked 30 years for the telephone company, started with Illinois Bell and retired with Ameritech, working at Collinsville, Edwardsville and Greenville. He and his wife had an orchard from 1976 to 1993, south of Highland on Buckeye Road, growing apples, peaches, plums and nectarines.

Memorial Funeral Mass will be at 11:00 AM on Tuesday, August 16, 2016, at Saint Paul Catholic Church in Highland, IL., with Rev. Father Pat G. Jakel, officiating.

Memorial contributions may be made to the Charity of Donor’s Choice.