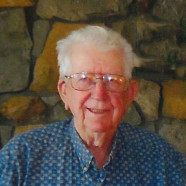 He was born May 27, 1928 in Bartelso to Edward and Emma (Hollenkamp) Kohrmann: they preceded him in death.

He was given the name “Fireball” for his zest in life. He loved Cardinal baseball, as much as Clinton County Baseball, he never missed an opportunity to show his hand in a game’s of pinochle, euchre or poker: and enjoyed hunting, fishing, game of bank pool. He always seemed to find an abundance of vegetables from gardens throughout the county and never left a crowd without asking “did you hear the one about…” followed by a really good joke!

Memorials can be made to Germantown Public Library and will be received at the funeral home.