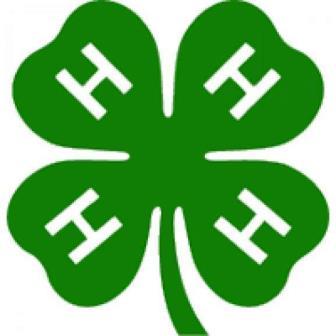 Eight Bond County 4-H members attended the Illinois State Junior Horse Show in Springfield July 25-31. The show, which happens every July, is only open to Illinois 4-H and FFA members. It is a great opportunity for youth to compete and make friends from across the state. Hailey Bohn, Joely Craver, Kimberly Lovatto, Ashley Manning, Autumn Payne, Eva Payne, Grace Sperandio and Jacob Sperandio participated in the State Junior Horse Show this year.

Lovatto placed sixth in Pattern Riding, and first in Reining

Manning was sixth in Western Horsemanship, sixth in Halter, and fifth in Egg & Spoon

Autumn Payne was seventh in Costume Class, and third in Egg & Spoon

The judge from the county 4-H Show, John Mark Gray, donated his judging fee back to 4-H for the members to use for the purchase of stall bedding for the State Junior Horse Show.

Grant Lingley participated in the State Junior Rabbit show on August 11 for the first time.

The State Junior Beef Show began with Showmanship on August 10. The show continued through August 13. Nathan Bost, Maddey Tebbe, and Brianna Ulmer exhibited beef at the show this year.

Tebbe was third in Duroc Gilts, first in Yorkshire Barrow and ninth in Crossbred Barrow.

Austin Graves, Alyssa Watson and Trystan Watson exhibited their Meat Goats at the Junior Show on August 12 and 13 in Springfield.

For more information about Bond County 4-H, please call the University of Illinois Extension Office at 618-664-3665.