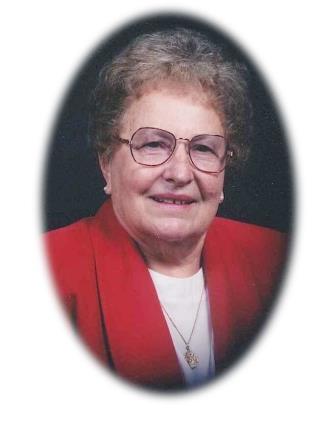 Margaret “Maggie” Bruemmer, 92, of Carlyle, passed away on Sunday, August 28, 2016 at St. Joseph’s Hospital in Breese. Maggie Bruemmer was born on May 27, 1924 in Royalton, Illinois. She was the daughter of Henry and Victoria (Sleziak) Kinsman. Maggie married Raymond Bruemmer on November 23, 1950. He preceded her in death on January 11, 1980.

Maggie proudly served in World War II in the Navy as a gunnery Instructor in Memphis, Tennessee. She was a member of the American Legion of Carlyle. Maggie is a Saluki, graduating in 1949 from Southern Illinois University at Carbondale. She began her teaching career at Carlyle High School in fall of 1949 and continued her career at Mater Dei High School as a Physical Education Instructor until 1975.

Maggie was an active member of the Carlyle community for many years. She sponsored 4-H and Girl Scout troops, coached softball leagues, served 16 years as a city council woman as well as a member on the Carlyle Park Board and Zoning Committees. In her later years, Maggie continued to be civically involved as the senior representative at the Clinton County Senior Center. She served as Grand Marshal of the Carlyle Christmas parade and she was a “taper” of Christmas lights for the holiday light show in the park.

An active member of St. Mary’s Church, Maggie served as a Eucharistic Minister, Gift Bearer, and church Trustee. She enjoyed the company of many church parishioners in Renew groups as well as the yummy desserts prepared by its members.

Passionate for sports, Maggie was a die-hard Cardinals fan and an avid golfer on many local leagues. Bridge, Pinochle and card games were also a keen interest and filled many hours with family and friends.

Expressions of sympathy in memory of Mrs. Bruemmer are suggested to Clinton County Humane Society or Matthew 25 Food Pantry will be received at Zieren Funeral Home. Online condolences may be sent to the family at www.zierenfuneralhome.com.