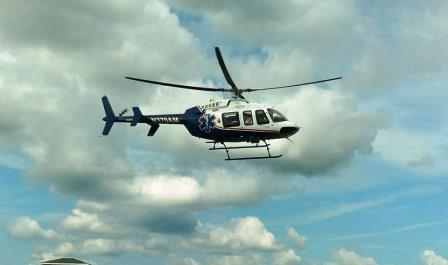 Bond County Ambulance personnel were called to the scene of a single vehicle motorcycle accident in the 600 block of Bowman Drive at 10:02 a.m. Saturday. Upon arrival, paramedics called for a medical helicopter to land in a nearby soccer field to transport the unidentified individual who was injured in the accident. The Greenville Fire Protection District set up a landing zone for the helicopter and were on scene for approximately 40 minutes. Further details on the accident have not yet been released.

The medical helicopter landed in Greenville again Saturday, at 2:00 p.m., for a scheduled demonstration during Kids Day activities at the Bond County fair. The Greenville Fire Protection once again set up a landing zone for the demonstration.