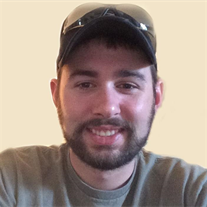 He was a member of Evangelical United Church of Christ. He was also a member of Congress of Independent Unions, Loyal Order of the Moose Lodge #2479 – Highland.

Michael was reared by his Maternal Grandmother Evelyn E. Frey. He grew up in Highland and graduated Highland High School in 2008. He graduated Rankin Trade School in 2010. He had been very active in Boy Scouts growing up and enjoyed cycling (50-60 mile rides). He also enjoyed hunting, fishing, and music. He had worked at Highland Machine, Clean Uniform, and Jacober Automotive. For more than a year he has been working as a welder with Metro East Industries. He loved spending time at Highland Speedway and supported Car 41 (Chris Bargetzi).

Memorial contributions may be made to Boy Scouts of America – Trails West Council.