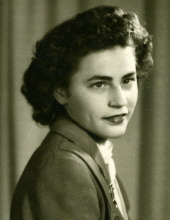 Mildred A. Thompson, age 87, of north of Greenville passed away Sunday, August 21, 2016 at Montgomery Nursing and Rehab Center in Taylor Springs, IL. Funeral services will be held Saturday, August 27, 2016 at 11 AM at Young Funeral Home. Burial will be in Mt. Auburn Cemetery. Friends may call Saturday after 10 AM at the funeral home. Memorial contributions are suggested to the charity of the donor’s choice.

Mildred was born March 12, 1929 in rural Greenville to Huey and Nettie (Wiseman) Huffman. She married Wayne F. Thompson on October 21, 1948 in Morganfield, KY. He died November 8, 2009. She is survived by her sisters Marilyn Booher and her husband Alvie of Hillsboro, IL and Pauline Cofield of Greenville, IL. She is also survived by her brothers Huey “Jack” Huffman and his wife Danielle of Ellsinore, MO and Edward Allen Huffman and his wife Sue of Sorento, IL. She was preceded in death by her husband a daughter Francis Marie Thompson, a son James Dean Thompson, two sisters Ula Ashcraft and Adele Gantt, along with two brothers Austin Huffman and Ivan Huffman.

She grew up in the Reno area and moved north of Greenville after her marriage where she and her husband farmed. She had attended the Woburn Church of Christ.