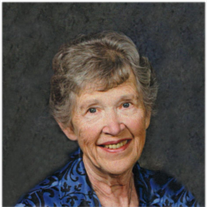 She was born July 29, 1938, in Highland, IL, the daughter of Henry and Clara (nee Glassmaker) Neier.

She was a member of Evangelical United Church of Christ. She was also a member of Highland Senoir Citizens.

Carol was born and grew up in Highland, IL. She was a 1956 graduate of Highland High School. She worked at Wick Organ Co. after high school. Following her marriage she stayed home to raise her children. She was a good wife and mother caring for her children, cooking, cleaning. She loved her children and grandkids and she was a good Mother and Grandmother. She was an avid collector of Currier & Ives Prints and quilts. She was a supporter of the Highland Animal Shelter, and enjoyed VFW Bingo and Quilt Bingo. She died peacefully at her daughter’s home with her family taking care of her.

Private funeral service will be at Evangelical United Church of Christ in Highland, IL., with Rev. Christopher W. Hill officiating.

Memorial contributions may be made to Stray Rescue of St. Louis.