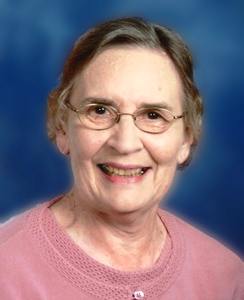 Mrs. Dempsey was born on January 11, 1938, in Ferrin, Illinois, a daughter of Frederick and Pauline Eikhoff. She married Warren Dempsey at Bethlehem Lutheran Church in Ferrin on September 21, 1963, and he survives in Carlyle.

She was preceded in death by her parents and a sister – Carol Brandt.

Mrs. Dempsey worked as a secretary at Carlyle High School, First National Bank, and alongside her husband at The Carlyle Union Banner. She was an incredibly devoted wife, mother, and grandmother. Darlene was a member of the First United Methodist Church in Carlyle and was a passionate supporter of Carlyle Athletics.

A Funeral service will be held at 1:00 P.M. on Sunday, October 2, 2016, at the First United Methodist Church in Carlyle with Rev. Bruce Cole and Rev. Dean Beals, officiating. Interment will follow at Carlyle Township Cemetery. Visitation will be held on Saturday, October 1, 2016, from 4:00 – 8:00 P.M. at Zieren Funeral Home in Carlyle, and on Sunday, October 2, 2016, from 12:00 Noon – 1:00 P.M. at the First United Methodist Church in Carlyle. The family suggests memorial donations to the Alzheimer’s Association, Greater Illinois Chapter, and they will be received at Zieren Funeral Home.