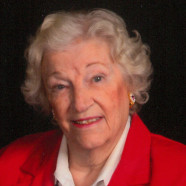 Evelyn was a homemaker. She enjoyed playing the guitar and singing, sewing, knitting, artwork and making stain glass items.

Visitation will be held on Wednesday September 7 from 4:00 to 8:00 p.m.and Thursday September 8 from 9:00 a.m. to time of service at the Moss Funeral Home in Trenton.

Memorials can be made to Alzheimer’s Association, Carlyle Health Care Center Activity Fund, Grace Community Baptist Church and will be received at the funeral home.