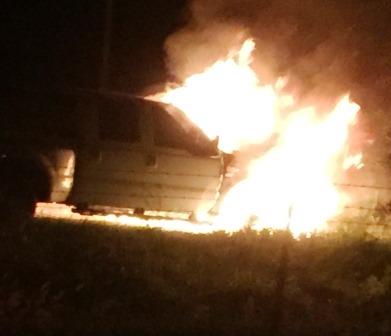 Pocahontas firefighters have been busy so far this weekend, battling a structure fire Friday night and a truck fire early Saturday morning.

The structure fire, a home in the 300 block of Academy Street in Pocahontas, occurred just after 10:00 p.m. Friday night. Pocahontas-Old Ripley Fire Chief Dennis Lindley told WGEL the fire is believed to have been caused by a possible electrical issue in the basement of the home. The fire was contained to the basement, but the rest of the home sustained significant smoke damage. The Greenville Fire Protection District provided mutual aid. The occupants of the house were home at the time of the fire. No one was injured and fire crews were on the scene for just over two hours.

The truck fire was reported at 4:59 Saturday morning. The driver of the truck told firefighters he was westbound on Interstate 70 at the 40 mile marker when he heard a pop and pulled over to find fire under the pickup. Lindley told WGEL the truck was fully engulfed by the time crews arrived and was a total loss. The truck was pulling a camper, which did not sustain any damage. No one was injured and firefighters were on the scene for just over an hour.