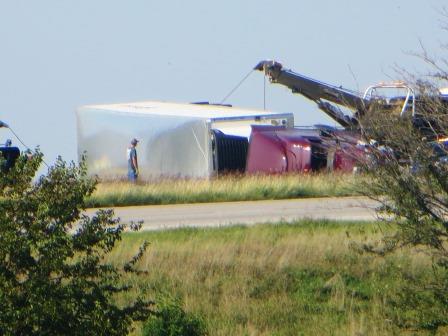 A tractor trailer unit overturned just before 8 a.m. Monday on Interstate 70, about one-half mile east of the Millersburg road. The semi blocked both eastbound lanes of traffic, coming to rest on its side. The female driver of the semi was not injured.

Traffic was immediately backed up on eastbound I-70. Eventually it was diverted over the Millersburg road overpass and onto Route 40. A Bond County deputy was on the scene to make sure traffic got onto Route 40 and a Greenville police officer was stationed at the Route 40 and Fourth Street intersection to direct traffic through that intersection.

Traffic was still backed up on Route 40. It continued eastbound to the Route 40/Rt. 127 stoplights, where vehicles were able to return to Interstate 70. 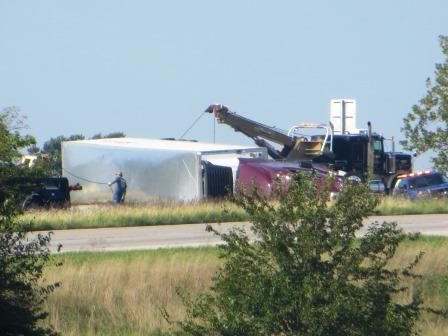 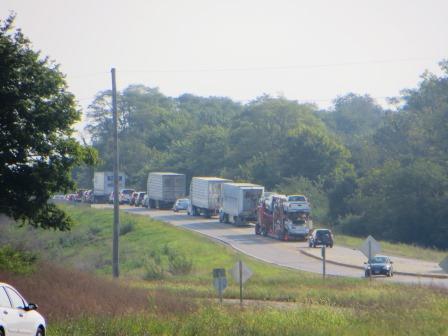 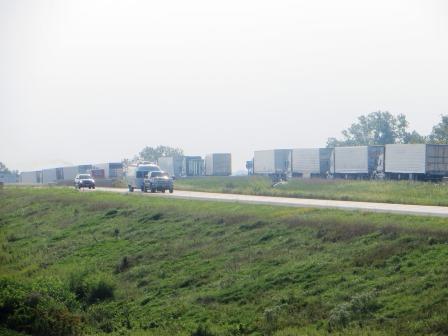 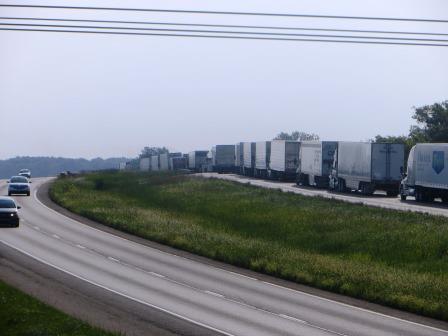 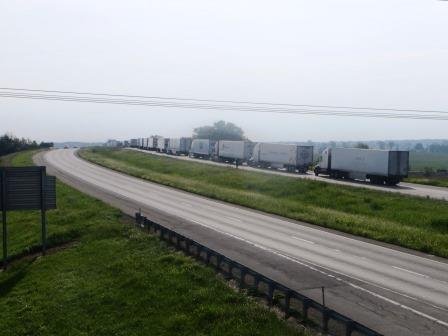 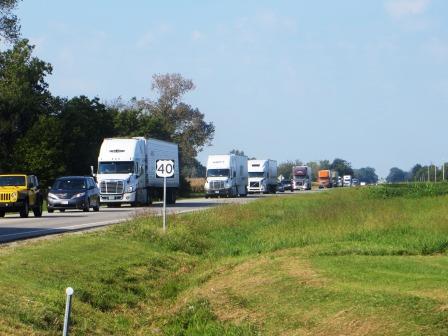 A crew was on the scene to upright the semi on Interstate 70.

The Greenville Fire Protection District was advised of the accident at 8:02 a.m. The initial report was that the driver was trapped in the overturned truck. That was not the case as apparently other motorists were able to get her out of the semi. She was out by the time the fire department rescue squad arrived on the scene.

There was also a second accident reported at 8:41 a.m. in the westbound lanes of I-70, near the semi. It was a rear-end collision with no injuries.