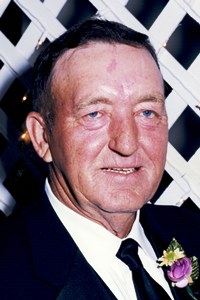 Lee Roy was born on December 2, 1940 in Mulberry Grove to Ernest McCray, Sr and Josephine (Dilbeck) McCray. He married Violet M. Sugg on February 13, 1958.They were together for 26 years. He later married Denise Sugg and they also divorced. He is survived by his children Jeana McCray and her companion Austin (Les) Lowery of Greenville, Debbie Dompier and her husband Cliff of Camano Island, WA, Brenda McCray of Greenville, and Gerald McCray Sr. and his wife Crystal, of Greenville. He is survived by a brother Don McCray of Greenville, three sisters Berniece Disch of Greenville, Opal Osborn of Memphis, TN, and Reva Smith of Greenville. He is also survived by his grandchildren Ricky and Tracy Wilkerson, Jason and Daniela Mewes, Christy Baker, Josh & Angela Baker, Shay and Kelly Bennett, Rebecca and Steve Gebke, Jonathan Hawkins,Chris and Ashlie Shaw, Andy Gallagher, Megan Hediger, Shelbi McCray, and Gerald McCray, Jr. Along with his great grandchildren Chase and Bailey Wilkerson, Beckett Mewes, Zach and Abbigail Gebke, Michael, Austin, Autumn, and Emma Knutt. He was preceded in death by Violet McCray, a daughter Karen McCray, three brothers Charles Sr., Herbert, and Ernest McCray, Jr, and three sisters Ruby Ulmer, Wilma Zbinden, and Ola Mains.

He grew up in Mulberry Grove and attended Mulberry High School. He moved to Greenville in 1971. He was co-owner and co-operator of D & L Landfill and D & L Disposal. After he retired he worked along side his son at Critter Hill Farms. He enjoyed playing pool, mud racing at the Mud Derby, and hunting. He loved watching his grandkids grow. He was a member of the board of Zion Cemetery.