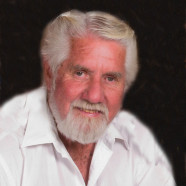 He was born June 12, 1945 in Germantown to Matthias and Dorothy nee Albers, Haukap; they preceded him in death.

He married Sherry Trame and they later divorced.

Surviving are his daughters Jessica Haukap of Albers, Renee Haukap of Breese.

A sister Marilyn Haake of Germantown.

Roger retired from Scott Air Force Base maintenance at the golf course. He enjoyed the outdoors, especially hunting, golfing, pitching horseshoes and gardening.

Memorials can be made to Clin-Clar Fire Department and will be received at the funeral home.