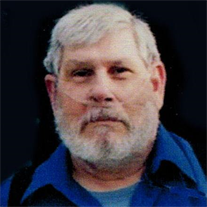 He was a member of Saint Paul Catholic Church; VFW Post #5694, Highland, IL.

Born and raised at Highland, IL; graduated from Highland High School in 1965. He served with the US Navy from June of 1965 to May of 1969; active duty during the Vietnam War. He lived a short time in California; moved back to Highland and worked for: Basler Electric; operated his parent’s tavern P & L Tavern; Dowell Industries; Arrow Group Industries; owned and operated Miller Upholstery, from 1985 to 1989; custodian for Highland High School, from 1989 to 2009. He enjoyed fishing, coin collecting, socializing and time with his grandchildren and family.

Memorial contributions may be made to Disabled American Veterans (DAV).