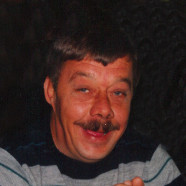 In addition to his parents, he was also preceded by a brother-in-law, Kenny Rakers.

Surviving are his siblings, Dottie (Richard) Eversman of Shiloh, Kathy (Jim) Tutka of Maryville, and Don (Cindy) Bach of Damiansville; and many nieces and nephews.

He was a member of St. Boniface Catholic Church, Kernel Nut Club, and a former member of the Germantown Fire Department. He enjoyed playing cards, shooting pool, and watching the St. Louis Cardinals.

Dave worked as a laborer for 30 years at Kohnen Concrete in Germantown and was currently working in maintenance at Rose Acres in Germantown.

Memorials may be made to the Germantown Fire Department and will be received at the church or through Moss Funeral Home who is in charge of the arrangements.