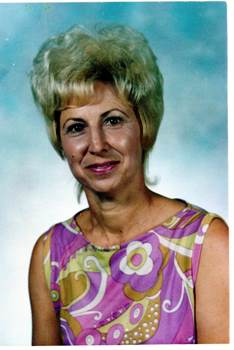 Funeral services will be held at 11:00 a.m. Friday, November 4, 2016 at the Donnell-Wiegand Funeral Home in Greenville with Minister Robert Chase officiating. Interment will follow in McInturff Cemetery. The family will receive friends from 5 until 7 p.m. Thursday at Donnell-Wiegand in Greenville. For those who desire memorials in Georgia’s memory may be made to the Helia Health Care staff.

Georgia Ellen Heather, the daughter of George Monroe Heather and Rose Ruth Swofford Heather, was born on March 17, 1928 on the Heather farm near Pittsburg. She grew up there and attended the Pittsburg One Room School. Georgia then worked for the shoe factory in Vandalia and for the egg factory in Highland. After her marriage, Georgia raised her three girls then was head cook at the Mulberry Grove public schools for 25 years.

Georgia was a member of the Mulberry Grove First United Methodist Church.