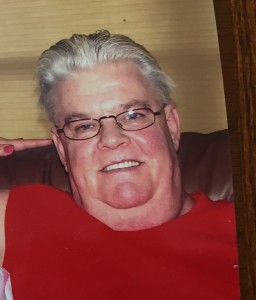 Jim was born December 15, 1951, to Wassel and Elizabeth (nee Brown) Tarasuik in Highland, IL. On March 5, 1971, he married Raejean Fleehart; this marriage ended in divorce.

JT was a lifelong resident of Bond County most notably Millersburg. He was the namesake of his Grandmother Isabella Brown’s brother, James Clark, who fought in World War One for the crown and later found success in Australia. On his father’s side of the family his Grandmother was a Potts and they were one of the early families settling Bond County. His Grandfather Wassel Tarasuik emigrated from the Ukraine and came to work the Pocahontas Coal Mine in its early days. On his mother’s side of the family they were strong willed and stubborn “Johnny Bulls” from Northeastern England who also came to work in the coal mine. He was most proud of his children and grandchildren who he loved dearly. His vocation was that of a Union Laborer and he was strong in his support of his Labor Local and Brethren. During his younger years before volunteering for military service he worked on his Grandfather’s and Uncle’s farm based out of Millersburg. During the 70’s and 80’s he operated a small family hog farm in Mills Township. He became a United States Marine in 1971 serving on active duty and in the reserves being honorably discharged in 1977. He firmly believed “Once a Marine always a Marine”. He was a Master Mason carrying on a long tradition of the men in his family serving this noble brotherhood. The outdoors was a calling to him as many a man and boy in Burgess Township. He was a keen fisherman, hunter and sportsman who also trapped extensively in the 70’s and 80’s harvesting many beautiful local pelts and bringing them to market. In his youth he was an avid basketball and baseball player in many of the local leagues. He later played softball and umpired many games throughout Southwestern Illinois. He also participated in dart leagues and many a euchre game. He was a fierce defender of his family and the traditions passed down through the generations. He felt it was his duty to impart this upon successive generations. If he was found to be having a good time, he made it his job for everyone else around him to have one also. He was stern and strong, but most importantly unrelenting and loving.

He was preceded in death by his Father, Wassel Tarasuik; Sister, Judy Wise.

Memorials may be made to Shriners Hospital.