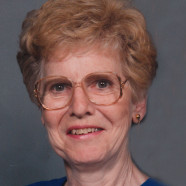 She was born December 18, 1932 in Germantown to Arnold and Cecilia (Kniepmann) Haake, the preceded her in death.

She married Joseph Winter September 26, 1956 at St. Boniface Catholic church, Germantown and he preceded her in death March 2, 2008.

Many nieces and nephews

Mary worked at the Shoe Factory in Carlyle. She enjoyed her time with family playing cards especially pinochle.

Memorials can be made to St. Dominic Catholic Church of Mater Dei High School and will be received at the funeral home.