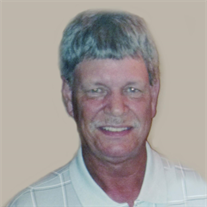 He a member of Granite City Laborers Union #397.

Chico was born in Breese, IL an grew up in Millersburg. He graduated Greenville High School in 1975. He worked out of the Laborers Union Hall #397 for several years. He starting work for Ameren Gas in 1993, and retired in 2014 as a Gas Journeyman. He enjoyed fishing, hunting and mushroom hunting. He collected arrowheads and loved anything to do with Shoal Creek. He really enjoyed spending time in his garage with friends.

Funeral service will be at 10:00 AM on Monday, October 24, 2016, at Spengel-Boulanger Funeral Home in Highland, IL., with Charlie Litteken officiating.

Interment will be at Hug Cemetery in Millersburg, IL.

Memorial contributions may be made to Pocahontas Little League; Central P.A.W.S. at Breese Central High School Athletics; or a Charity of the Donor’s Choice.