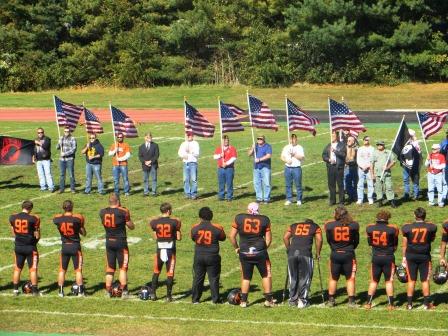 For several weeks, discussions have been occurring on the Greenville College campus and in the community about players on G.C. sports teams taking a knee during the playing of the National Anthem.

The actions stem from pro quarterback Kolin Kaepernick sitting during the National Anthem in protest of what he deems are wrongdoings against African Americans and minorities in the United States. The protests during the national Anthem have upset veterans, including many from the local area. 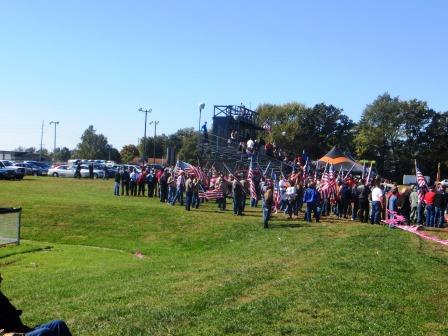 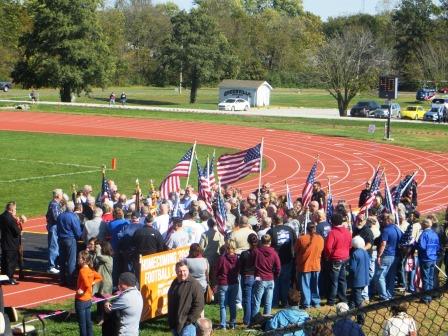 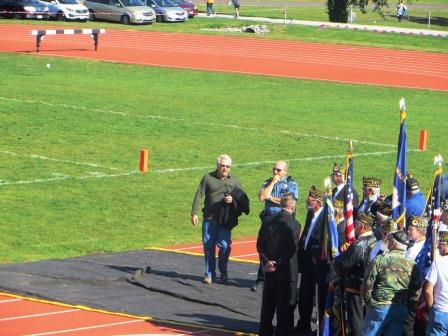 At Greenville College’s homecoming football game Saturday afternoon, a large number of area veterans were expected to attend. Many were invited by the college to pre-game ceremonies while others attended due to the situation.

Prior to the start of the game, 16 G.C. players stood along the sideline as approximately 100 veterans, many of them holding U.S. flags of various sizes, went to the center of the field. 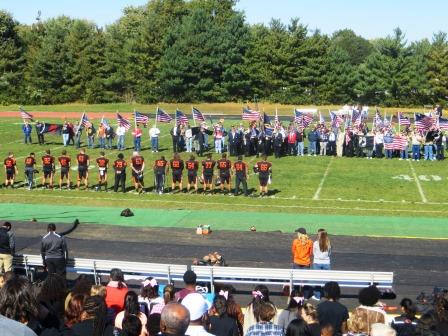 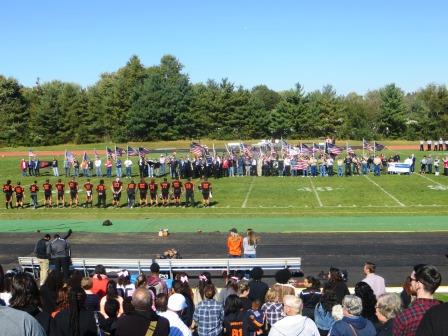 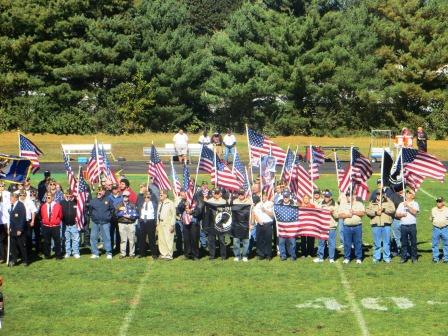 While a veteran’s color guard stood in front of the group and the Greenville College alumni choir sang the National Anthem, the rest of the G.C. players and coaches were on the west end of the complex. As many as three players knelt during the anthem.

After the anthem, the veterans shook hands with the 16 players along the sideline and they were soon joined by the Greenville College cheerleaders. 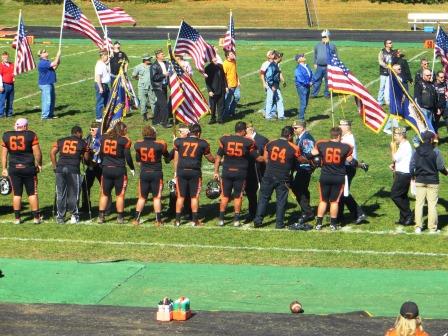 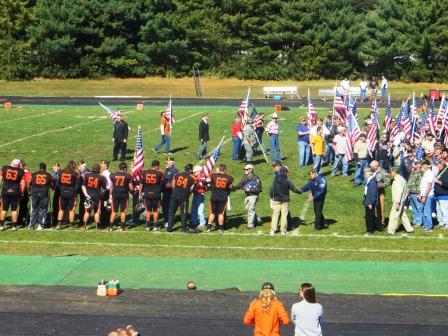 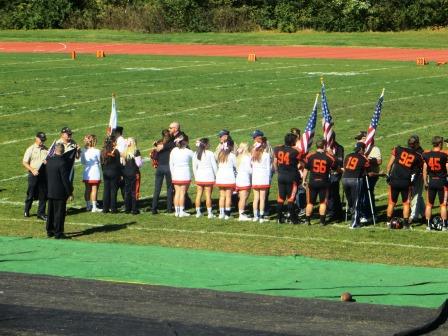 With many local comments being made on social media days before the game, Greenville College officials prepared for the situation. There were about a half a dozen Greenville police officers at the game.

Police Chief Lou Lorton was asked about the pre-game events.

After the veterans shook hands with players and cheerleaders, two of veterans, holding flags, walked to the center of the field. A couple of football officials asked them to leave the field, but they would not. 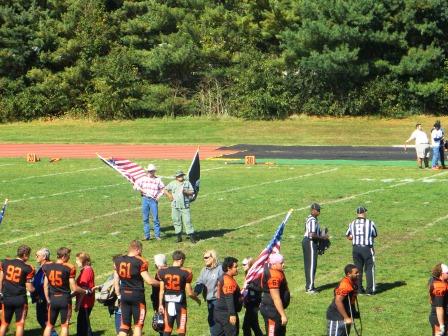 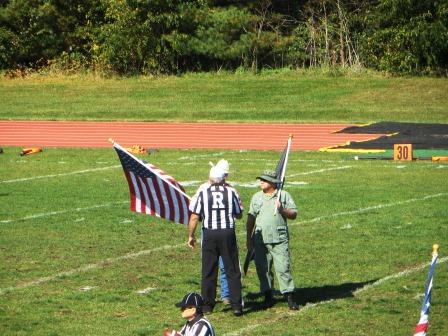 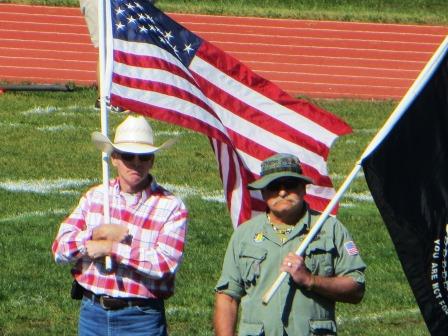 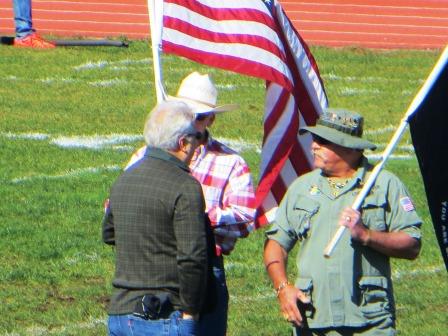 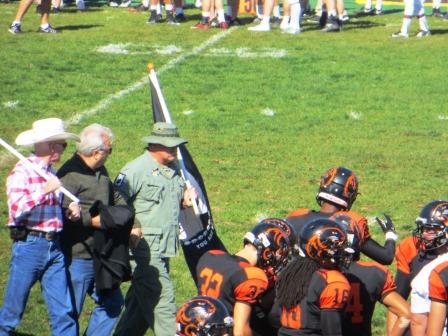 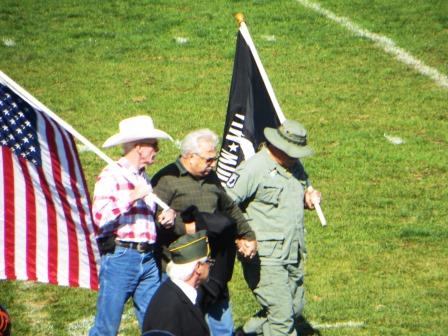 Chief Lorton noticed the situation and walked out to the two veterans. After a brief discussion, the three walked off the field, arm-in-arm.

Lorton was asked what he said to the two men.