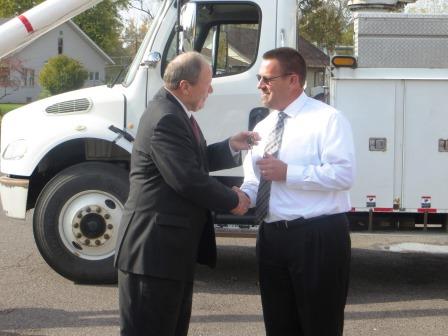 As reported earlier by WGEL, Ameren Illinois recently gave the City of Greenville a used truck with a 41-foot aerial bucket.

The keys were presented to Mayor Alan Gaffner during a ceremony Wednesday morning. The 2006 truck was once used by Ameren lineman Jason Sanders, the son of councilman Roger Sanders. 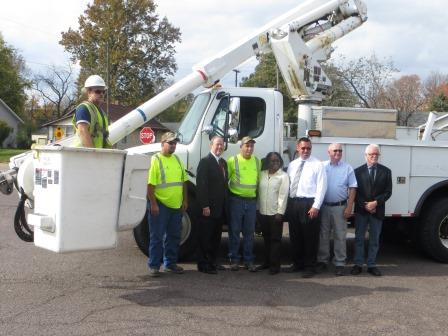 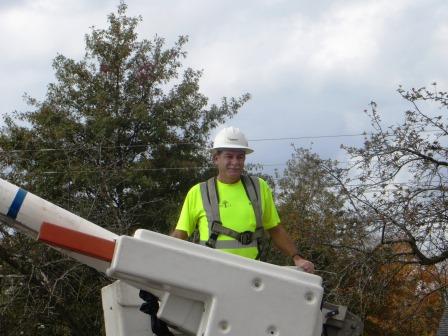 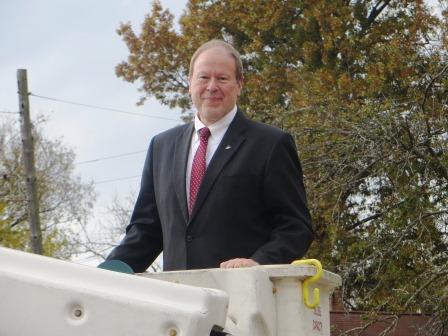 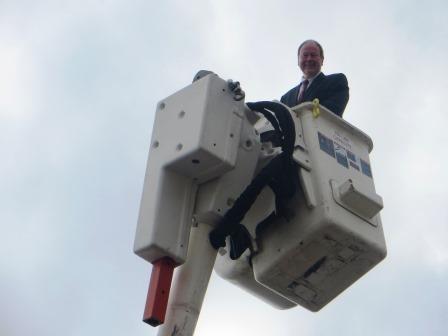 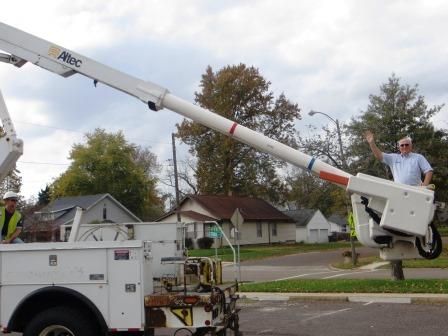 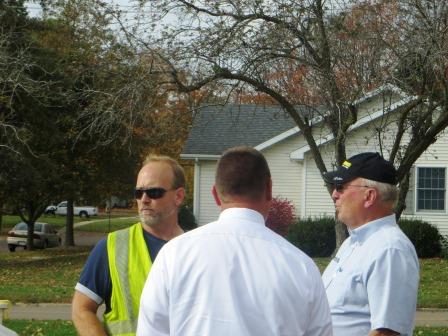 Mayor Gaffner said the city’s aerial truck was recently taken out of commission and the truck from Ameren is a benefit for the city.

Mayor Gaffner said the city will use the truck for several things including stringing holiday lights and banners, and replacement of bulbs in lights on the approaches of the industrial park overpass.

The city has been without a bucket truck for about six months.