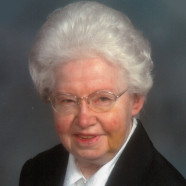 Clara was a member of St. Dominic Catholic Church and Altar Sodality and a lifetime member of the Breese American Legion Post 252 Auxiliary. She retired from the housekeeping department at St. Joseph’s Hospital in Breese and enjoyed quilting and crocheting.