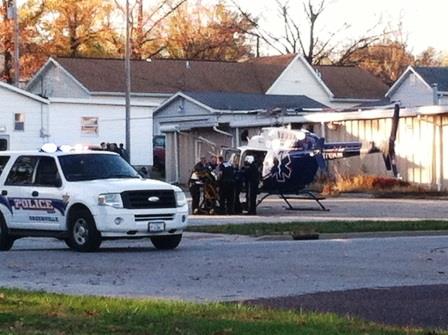 According to Greenville Police, they received a call at 3:28 p.m. that a man had fallen about 30 feet through the roof of a structure at the corner of Summer and Fourth Streets.

The name of the victim and other details of the accident have not been released.