Most likely, the only Greenville resident to ever meet Castro is Robert “Ish” Smith. He actually spent time with Castro on seven occasions between 1984 and 1993 while Smith was the president of the International Baseball Association.

Castro played baseball in his younger days and the sport is huge in Cuba. 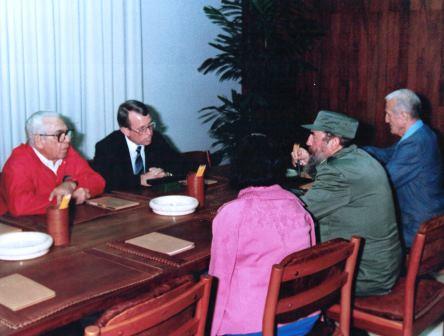 Smith said he was not surprised by Castro’s death as he was aware of his declining health. He said he considers Castro somewhere between an acquaintance and a friend. He pointed out that he doesn’t in any way support Castro’s political activities.

Smith said the last time he was with Castro, they were working on a movie about getting baseball into the Olympics, in 1993.

Smith left his international baseball position in 1993 to become president of Greenville College.

Robert “Ish” Smith will be our guest on WGEL’s Public Affairs this Sunday to talk more in depth about his connection with Fidel Castro.