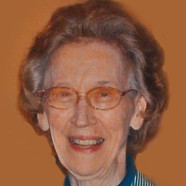 Mary worked as a postal clerk in Bartelso and then served as the Postmaster from 1984-1990. She was a member of St. Cecilia Catholic Church and Ladies Sodality, and the Young at Hearts Club in Bartelso. She enjoyed spending time with her grandchildren, quilting, traveling, her dog “Fritzy”, visits to the Mueller clubhouse, playing the harmonica, baking, gardening, and nature.

Funeral Mass of Christian Burial will be Monday, November 7, 2016 at 2:00 p.m. at St. Cecilia Catholic Church in Bartelso with Fr. James Buerster presiding. Interment will be at a later date in St. Cecilia Cemetery, Bartelso.

Memorials may be made to Hospice of Southern Illinois or the piano fund at St. Cecilia Church and will be received at the funeral home.