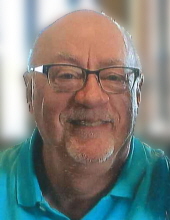 Mel was born in Breese, Illinois, on February 9, 1950, to Wib and Betty (Hodapp) Meyer. He attended St. Mary’s Grade School and graduated from Mater Dei High School in 1968. He did his undergraduate studies in computer science at SIU-C, where he received a Bachelor’s Degree.

After several years working in the computer field, he left to return to school. He graduated from St. Louis University with a degree in Nursing. Mel retired from Washington University Research Laboratory. Shortly after, he landed his dream job as an usher for the St. Louis Cardinals. His fondest memory was being at Stan Musial’s memorial service at the stadium.

Mel was an avid softball player in the Sunday Softball League for many years. He also participated in the Sunday and Monday bowling leagues at Carriage Bowl and recently was a league member in the Tropicana Monday Night League.

He was a devoted fan of the Mater Dei Knights, Fighting Illini, and the St. Louis Cardinals and spent a great deal of time following his favorite teams.

Mel enjoyed travelling, having recently returned from a trip to Maine. His travels also took him to Alaska, Hawaii, Puerta Vallarta, and Europe. Mel’s most recent adventure was the purchase of a camper at Kentucky Lake where he spent every spare minute. He loved the relaxed lifestyle and his time spent with friends old and new.

Mel will be deeply missed by his cousins and many friends.

Expressions of sympathy in memory of Mr. Meyer are suggested to Mater Dei High School or to the Alzheimer’s Association and will be received at Zieren Funeral Home.