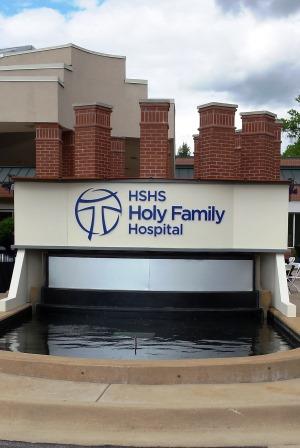 Suzanne Allison Davis, JD, MBA, is the General Counsel and Dean of Briner School of Business at Greenville College. She has practiced business, criminal, and civil law, and also taught business law at Eastern Illinois University for eight years. Davis serves as a Trustee on the Administrative Board at the First Christian Church in Greenville. She is a member of the Greenville Commercial Club, and the Chamber of Commerce. Suzanne has a Juris Doctorate, Master’s degree in Business Administration, and Bachelor’s degrees in both Philosophy and Political Science.

Nancy Gillard, RN, BSN, is a registered nurse who has approximately 20 years of nursing experience including serving at Froedtert Memorial Hospital in Milwaukee, Wisconsin as an operating room nurse and night charge nurse of the Operating Room (OR), and working at Utlaut Memorial Hospital as an OR nurse. She also served in Barnes-Jewish Hospital’s Transplant OR, and received their Community Service Award and David A. Gee Meritorious Service Award. During her service at Barnes-Jewish, she was instrumental in setting up the liver transplant team under the direction of William C. Chapman, MD. She has a Bachelor of Science in Nursing from the University of Missouri, Columbia. She has been very actively involved in the community since moving to the area in 2002, serving as a volunteer with the Greenville Bicentennial (2015) Event Committee, Greenville Regional Hospital Auxiliary, Jubilee House Counseling Service, Bond County Historical Society Quilt Show Committee, Bond County Humane Society, Bond County Master Gardeners, Greenville Garden Club and the Shakespeare Club. She and her husband John are active members of the Greenville Free Methodist Church.

Sister Helen Marie Plummer, OSF, is a Hospital Sister of St. Francis, which is the founding institute of Hospital Sisters Ministries, sponsors of Hospital Sisters Health System (HSHS). She professed First Vows with the Hospital Sisters of St. Francis on September 8, 1959. In addition to assignments in nursing, nursing administration, and social services over 30 years of her religious life, she served as Assistant to the Vice President and Secretary-Treasurer of HSHS’ eight Illinois hospitals from 1991 to 2004. During that time, she also served on HSHS St. Elizabeth’s Hospital’s Board of Directors, Quality Care Committee, and Advisory Council. From 1991 to 2010, she served on the Board of Directors of HSHS St. Anthony’s Memorial Hospital in Effingham. From 2004 to 2015, she served as the Community Life Leader for the Hospital Sisters at St. Francis Convent in Springfield. Since 1991, she has served on the Board of Directors of HSHS St. Mary’s Hospital in Decatur. She is a Catholic Charities volunteer, and in the past has served with Pregnancy Care Center Board, Altrusa, Toastmasters, and United Way. Sister Helen Marie Plummer received her diploma from St. John’s Hospital School of Nursing, her Bachelor’s degree in nursing at Marillac College, and her Master’s degree in Nursing Administration from DePaul University.

Margaret “Maggie” St. Peters is a licensed registered nurse, who served as an OB nurse, with additional experience in long-term care, office nursing, and Pre-Op. She previously worked in a rural community hospital environment at Gibson Area Hospital, as well as at Level I urban facilities in Des Moines, Iowa at Mercy Hospital and Iowa Health Systems/UnityPoint Health. She also served as a volunteer and instructor at the Office of Family Life in the Catholic Dioceses of Peoria. She is an active member of St. Lawrence Catholic Parish in Greenville, and volunteers with local 4-H and FFA alumni programs in Bond County. St. Peters received her Bachelor of Science in Family Studies at the University of Illinois, Champaign, and her Bachelor of Science in Nursing at Illinois State University, Normal. Now a stay-at-home mother, she and her husband Josh have three children.

Jeffrey Mollet, Board Chairman, and Michael Suess, Vice-Chairman, recently completed their terms on the Board of Directors. HSHS Holy Family Hospital extends a special thank you to both Mollet and Suess for their many years of dedicated service to the Board of Directors, ensuring health care remains in Bond County through their work and efforts on the affiliation with HSHS.