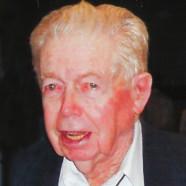 He was born August 24, 1919 in Sugar Creek Twp. To Walter and Ellen (Montgomery) Kuhn Sr.; they preceded him in death.

Red was a retired carpenter, and previously owned and operated Hi-Way Farm Supply in Trenton.

He was a U.S. Navy Veteran of WWII, and was an avid Cardinal baseball fan, enjoyed bowling playing cards, fishing and fish fries with his buddies.

Memorials can be made MS Society, St. John United church of Christ, Shriner’s Hospital, Hospice of Southern Illinois and will be received at the visitation or through Moss Funeral Home, Trenton, who is serving the family.