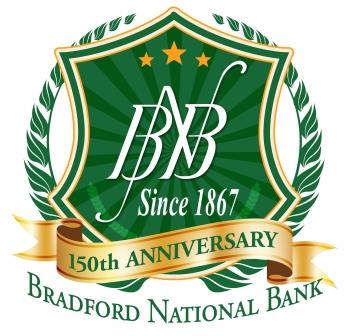 2017 will be an important and exciting year for Bradford National Bank.

The bank will be celebrating its 150th anniversary next year.

Randy Alderman, vice president of community relations, said the business has a long history. The bank was founded in 1867 by James Bradford and operated as Bradford & Sons for many years. It received its national charter and became Bradford National Bank in 1910.