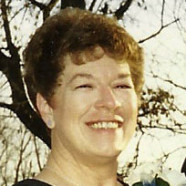 In addition to her parents, she was also preceded in death by a brother, Dennis Peek; father-in-law and mother-in-law, Aloys and Catherine, nee Wobbe, Jansen; and brothers-in-law and sisters-in-law, Al Jansen, Francis “Sez” Jansen, and Mary Ann and Lavern Rolfingsmeyer.

Brenda was the former owner/operator of Creations Unlimited and was a Certified Decorative Artist. She authored 15 instructional books and traveled around the world teaching her trade. Her work was internationally known and frequently awarded. Her most recent work included beautiful faux finishes and murals in local homes and businesses. She loved to paint trompe l’oeil which means “to fool the eye.” She was always tickled when someone mistook her trompe l’oeil paintings for something real. Brenda has touched so many lives and brought joy wherever she went. She always loved hearing and telling a good joke, and pulling pranks on friends. She was also a horse enthusiast, and enjoyed trail riding and long rides in one of several buggies that she refinished with her husband, “Dude.”

Brenda was a member of St. Dominic Catholic Church in Breese, the National Society of Tole and Decorative Painters, and also of the Balcony Buddies painters group.

Memorial Service will be Monday, December 19, 2016 at 10:00 a.m. at the Moss Funeral Home in Breese with Fr. Patrick Peter presiding. Interment will follow in St. Dominic/St. Augustine Cemetery, Breese.

Memorials may be made to the Alzheimer’s Association or to Cetic Hospice and will be received at the funeral home.