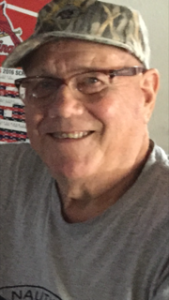 Darwin A. Oswald, 84, of Highland, IL, died Saturday, December 3, 2016, at Faith Countryside Nursing Center, Highland, IL, with his family by his side.

Darwin was born March 8, 1932, to Arthur and Minerva (Nee Koelz) Oswald at St. Joseph Hospital, Highland, IL. After Minerva’s death, Art married Tillie Zobrist who raised Darwin as her own. On January 25, 1958, he married Patrice F. Au, in Highland, IL.

Born in Highland, IL, raised on a farm east of town on Michael Road. He was a member of the Highland Sportsmans Club, The Highland Sharpshooters, V. F. W. Post 5694 and Life member of Carpenter’s Local 1535 of Highland, now 664 of Woodriver, IL. He enjoyed camping, butchering/making sausage, hogging, gardening, canning, playing euchre and jass. He made an awesome canned dill pickle. He was in the Korean war in 1954 and came home in 1956. He worked as a carpenter for 36 years; Zbinden Construction, Ammann Builders, and S M Wilson from 1968 – 1992, when he retired.

Memorials may be made to Hospice of Southern Illinois or V. F. W. Post 5694.

Interment: At a later date.