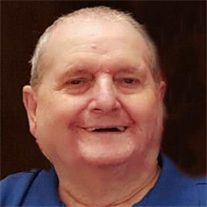 Jim grew up in E.St. Louis and Washington Park, He later moved to Marine, IL of 30+ years. He worked as a Machine Operator on the Barge Line in Granite City, IL. He has lived at Highland Health Care since 2008. He enjoyed going on a “cruise” to play penny slots at the Casinos. He was a dedicated family man who worked hard, always had a smile, and lived simply. He was of the Baptist faith.

Funeral service will be at 7:00 PM on Wednesday, December 07, 2016, at Spengel-Boulanger Funeral Home in Highland, IL.

Memorial contributions may be made to To the Family for Highland Health Care Center.