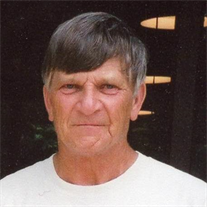 Graveside Services will be held at 2 p.m. Saturday, December 17, 2016 at Griffith Cemetery near Brownstown with Pastor Don Thomas officiating. The family welcome friends joining them there. For those who desire memorials in Gene’s memory may be made to his wife Helen Leidner Reeter.

Leonard Eugene Ritter, the son of Leonard Elias Reeter and Hazel Marie Hunt Reeter Hastings, was born on May 10, 1946 in Vandalia. Gene was raised by Charles and Fern Durbin in Brownstown. He was raised on the Durbin farm in Sefton Township near Brownstown and attended the Brownstown public schools. Gene worked on the farm, for York Saw Mill in Mulberry Grove, and Rasler’s Plumbing. He then did grain hauling, and drove for Todd Goodin at Ted’s recycling.

Gene and Helen Jane Leidner were united in marriage on April 4, 1969 at Lucille Hurst’s home in Greenville by Pastor Joe Feher and they have enjoyed over 47 years together. Helen survives as do their son Ryan Lynn (Tamyra) Reeter of St. Elmo, five grandchildren: Caitlyn Reeter, Conner Reeter, Kameron Reeter, Dagen Reeter, Piper (P.J.) Reeter and his half brother Stephen John Hastings of Mulberry Grove.

Gene is preceded in death by his parents, and his son Michael Eugene Reeter on April 4, 2005.

Gene attended Bethany Church for many years and lately has been attending the Brownstown Methodist Church.