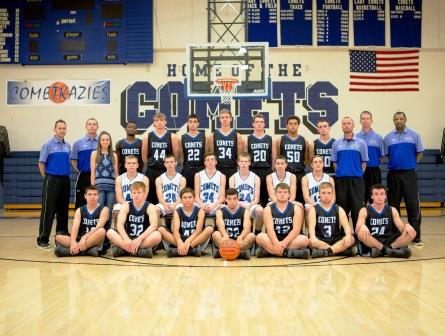 At Roxana Friday night, the Greenville Comets rallied to pull out a 52 to 39 victory.

The Comets trailed by 13 points early in the second quarter and were losing by seven at halftime.

They took control of the action at the start of the second half and led 40 to 35 after three quarters, Greenville outscored Roxana 28 to eight in the second half for the victory.

Eight players scored for GHS, and no one was in double figures. Brock Nelson led the list with nine points, coming off the bench in the second quarter to make three, three-point shots.

The Comets are now 6 and 7 overall and 3 and 1 in the South Central Conference.

They play at Nashville Tuesday and host Metro East Lutheran Thursday night. Both games will be broadcast on WGEL.