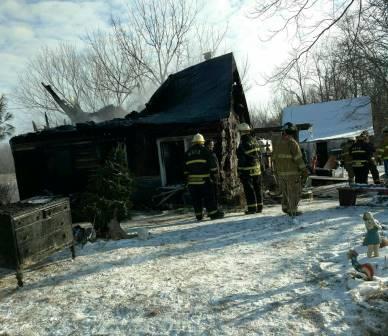 The Shoal Creek Fire Protection District was notified at 5:24a.m. Saturday of a residential fire in the 1900 block of Renken Road in Sorento.

According to Shoal Creek Fire Chief Kent Priddle the residents had woken early and were checking on the children sleeping in the house when they noticed a red glow in the ceiling. Alerting everyone in the house and grabbing some belongings, they exited and called 911. 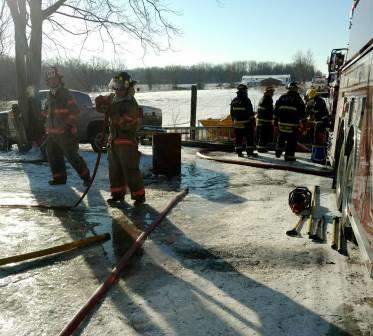 Chief Priddle said crews were on the scene for approximately 4 ½ hours. No one was injured.

The house is considered a total loss and the homeowners are staying in a local church for the time being. The cause of the fire remains undermined.