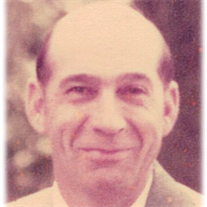 He was born on Tuesday, August 22, 1933, in Pocahontas, IL, the son of Anthony and Laura (nee Voegele) Gnaedinger.

Carl was born in rural Pocahontas, IL, on the family farm south west of town. He grew up on the farm and attended Hess County School and Immaculate Conception Catholic Grade School in Pierron. He helped with the family dairy and grain farm. When his parents retired and moved to Highland in the early 1980’s, he worked at Jakel’s Manufacturing for a brief time. After his parents passed, he moved to Faith Countryside Homes and then to Highland Health Care Center in 2000. He enjoyed being around people and visiting with family.

Funeral Mass will be at 11:00 AM on Saturday, February 04, 2017, at Saint Paul Catholic Church in Highland, IL., with Rev. Father Pat G. Jakel, pastor, officiating.