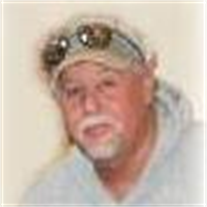 David was born at Belleville; grew up on the family farm north of Summerfield; graduated from Lebanon High School in 1966. He worked at the GM Manufacturing Plant in St. Louis on the assembly line making Corvettes. For several years he operated Kunz Excavating in Trenton; he also worked as an operator on the backhoe for several construction company’s. David worked as a Laborer on Construction for many years. More recently he had operated an antique business in Altamont, IL. Along with his sons -Jake and Zach, David enjoyed playing Blues on the guitar. He really loved music. They often played at the Millersburg Country Store. About 7 years ago David built his home in Jamestown. He enjoyed the flowers that he grew each year.

He was a member of (NRA) National Rifle Association; Laborer Local #622-Greenville.

Services will be scheduled at a later date.

Memorial contributions may be made to Pocahontas Grade School.